They may not be expensive. But these are two lenses that punch well above their weight.

What makes a lens good? There are, of course, entire organizations dedicated to extensive lab testing to find the tiniest differences in sharpness between pieces of glass. One could pull out a stopwatch and measure the difference in autofocus speed between different versions of lenses with the same aperture to see if the new version can spin its barrel a few milliseconds faster. You might also be interested in things like lens flare, how it handles backlighting, and micro-contrast. These are all very valid reasons to choose one lens over another. And these tests are all valuable in making the purchasing decision, especially if you are a professional and you do this for a living.

But which of these things is the most important? Or is there another metric even more important than all the ones we often overlook? I’m lucky to have multiple lenses to choose from whenever I go out to take photos. In the Nikon family, I’ve covered everything from 16mm to 800mm, so there’s very little I can complain about when it comes to options. Admittedly, not all of my focal lengths have been updated to the new Z versions yet. It will take more time and, uh, money. But the thing is, whatever I want to shoot, I often have a choice of which lens I want to use.

But, even with all these lenses to choose from, the simple objective truth is that only three of them make it out of the camera bag on a regular basis. In my case, it’s the Z 24-70mm f/2.8Sand the Z28mm f/2.8and Z40mm f/2 pancake/non-pancake lentils. Are these Nikon’s best Z lenses? Well, you’ll have to rely on one of those more technical lab test sources to answer that question. Given that the 28mm and 40mm are the cheapest lenses they offer, I don’t think it’s a stretch to suggest that Nikon doesn’t consider them the “best” lenses in their line. But value is not always the same as price. And, as I’ve learned, “good” is a matter of opinion.

Here’s what I mean. First, let’s state the obvious. There are higher end lenses that can be used than the 28mm and 40mm “muffin” lenses. And, no, those are not my primary goals for professional work. So I’m not saying these lenses are technically superior.

By the way, before we go on, I once heard them described as “muffin” lentils, and since they’re not technically pancake lentils, I’ll go for “muffin” lentils because I like both eat muffins and enjoy using the word in a sentence. But back to what I was saying.

I have had the great pleasure of using several varieties of F-frame and Z-frame lenses throughout my career. As Nikon continues to develop its line of mirrorless cameras, one thing they understood right from the start was their glass. The new Z lenses are amazing. All of them, at least all of the ones I’ve tried so far. There are incredible workhorses, like the Z 24-70 f/2.8 S, which I mentioned earlier and which is responsible for 95% of my professional advertising work. But even the most budget options are quite capable of producing the goods in the right hands. And, for me, that’s where the 28mm and 40mm come in.

As I said before, most of my professional work is done on the 24-70mm f/2.8. I have other high end lenses, but a simple survey of my metadata will belie the fact that my 24-70mm is my essential flaw. Since I am a professional photographer and the majority of my images are created for work, this means the 24-70mm is used the most. But, when I’m not shooting for clients, I always like to take pictures. For me, that usually involves walking around the neighborhood or taking various day trips around Southern California to soak up the sun, snap a few pictures, and exercise my photographic eye. These are not images for my portfolio. I’ve had more than enough. And, if I were to shoot for that purpose, I would more than likely rely on my trusty 24-70mm. On the contrary, the images I take during these photographic excursions are just for me. They probably won’t be posted anywhere, other than maybe an Instagram story or a behind-the-scenes snapshot. The majority of these shots taken for fun have an audience of one, myself, or maybe my friends and family if they lack the reaction time to find the words to pull through. In short, these are images taken for the love of photography and nothing else.

Now, I admit it, I’m 100% the kind of person who will take a full professional photo kit with me on what’s supposed to be a quiet family vacation. I may or may not have been referred to as a “CNN guy” by my tour group as I admired the wonders of Rome as I walked through historic sites with a massive camera and lenses playing the role of a photographer National Geographic. I was not a National Geographic photographer at the time. I was just an accounting clerk who liked to take pictures. But, for me, it was an opportunity to be a “real” photographer, and I wasn’t going to pass that up. 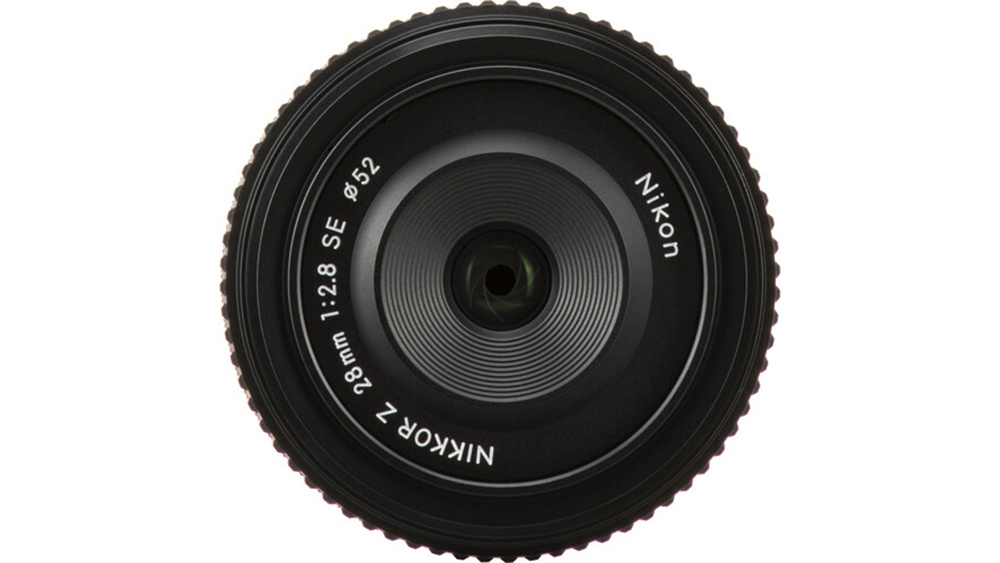 Decades later, I’m a “real” photographer (whatever that means). And I have many opportunities to play the role of the professional photographer since my current job is also, well, a professional photographer. So these days, when I go out and shoot for fun, I have a lot less reason to need to bend over with my full photo kit or pack more than I need just to get away from it all. ensure that I fully utilize the tools in my arsenal. These days it’s much more likely that I just want to travel light. I want to take pictures because I love taking pictures, but I would like the process to be as easy and fun as humanly possible. And, let’s face it, carrying around a small camera and a pancake/muffin lens is a lot more fun than walking around town with a 70-200mm.

Of the two, the 40 mm is the most used. I’ve written about this before, but 40mm is quickly becoming my preferred focal length. It used to be 50mm, but 40mm just offers that little extra space that can come in handy in unpredictable situations. Still, it’s not so wide that you have to get close to your subjects at all times to fill the frame. I use the 28mm mainly when I’m in particularly tight places, when even the 40mm is too long to fit the subject. At f/2 for the 40mm and f/2.8 for the 28mm, both lenses are more than fast enough to satisfy the majority of shooting situations I’ll find myself in. This is especially true given that I tend to want to be home long before the sun goes down, so I’ll rarely need to go beyond f/2.8 or f/4 for my aperture. There are times when I wish I had something longer than 40mm on my walkabouts. If I suspect this might be the case, I can also travel with a longer option. But, more often than not, when I bring a longer option, I end up never taking it out of the bag. So I generally prefer to leave the long lens at home. I can miss a shot or two, but I can also avoid the fun of lugging around extra weight.

In fact, with my 28mm and 40mm combo set, I can leave the whole bag at home. If you mount one of these lenses on a small camera like, for example, the Nikon Z 6II Where CFZ, this will make a very compact set. And while I wouldn’t strictly say that either muffin lens is pocket-sized for those of you who wear skinny jeans, if you’re more of a comfy hoodie person like me, you’ll find it very easy to slip your second small lens in your pocket or in the oversized pockets of a winter coat. 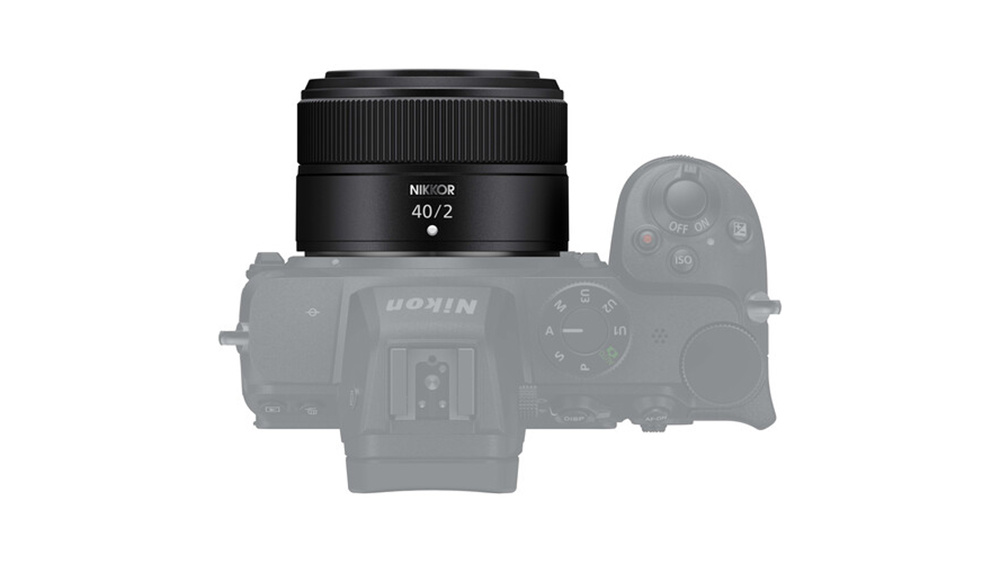 You might notice that very little of my praise for the 28mm and 40mm has centered on technical specs or optical quality. Don’t think that these two lenses can’t produce great images. Not once was I upset with the sharpness of my images once I got home and watched them on the computer. No doubt if you pixel-peep you’ll probably be able to find a blemish or two. We are talking about cheap contact lenses here. But looking at pixels is something photographers do, not something the public does. So spending too much time worrying about this might not be the best use of your time. The usefulness of a lens is not limited to sharpness in the corners. And, for me, the form factor and focal lengths of these lenses mean they allow me to take the kind of images I like to take while carrying the minimum amount of weight. For the kind of shots I use them for, that’s far more important than any lab test.

Convenience isn’t the kind of thing that can be measured with a lab result, but it’s the kind of thing that will ultimately determine how often a product is used. And with the 28mm/40mm combo easily being my second most used lens setup (and my primary setup for fun homework), it’s hard to argue, even at their lower prices, that these two lenses aren’t two of the most valuable lenses in my kit. At a bare minimum, these are two of my favorites.