Cartoon Movie returned as a live event in Bordeaux for the first time in two years, but the mood was dampened by the ongoing conflict in Ukraine – almost everyone in attendance had colleagues or friends directly affected. From the opening speeches to the many heartfelt conversations, the plight of the Ukrainian people was at the forefront of people’s minds. Thus, when the trailer for Alberto Vázquez’s film Unicorn Wars was shown during the preview session on the first morning, depicting an evil army of teddy bears invading a magical forest and slaughtering unicorns, but obtaining their reward in gruesome and hyper-violent ways, there was a great round of applause – a statement on the absurdity of war had never seemed so timely.

Another relevant refugee story was represented by Xilam’s The Migrant, a powerful thriller about a young woman’s journey from war-torn Syria to attempt to cross the Mediterranean Sea in search of a better life in Europe. Directed by Kan Muftic, drawing on his personal experience fleeing war, it also seems to be popular with non-animated moviegoers, especially given the unexpected supernatural plot twist.

Not all population displacements are directly linked to the war and Franco-Italian co-production Trip to Teulada contrasts the experience of Syrian immigration with a lesser-known story of forced exile from part of Sardinia taken by NATO for military use in 1956. The filmmakers assembled backdrops to the watercolor with traditional drawn animation to create an affectionate and nostalgic vision of the past.

Looking to the future is the most anticipated Mars-ExpressJérémie Périn’s love letter to Blade Runner, Total Recall and all things cool in science fiction. A slick noir film with action and robots, it looks like it won’t disappoint the growing fan base eager to see it.

A less cerebral version of science fiction is Danish comedy Little Allan: the human antenna, a 3D film that has a lot of jokes and visual gags but also touches on social issues. Directed by Amalie Naesby Fick and adapted from the original book by Line Knutzon and Peter Frodin, it’s a family film that will make audiences laugh.

Mix 3D characters with model sets, Porcelain birds also received a lot of attention. In addition to combining seamless techniques, creating something resembling stop-motion but without any limitations, the directing and writing team of Ru Kawahata and Max Porter crafted a fish-out-of-water story about friendship, with fantasy elements. and a dark subplot that will be intriguing and relevant to its young adult target market. 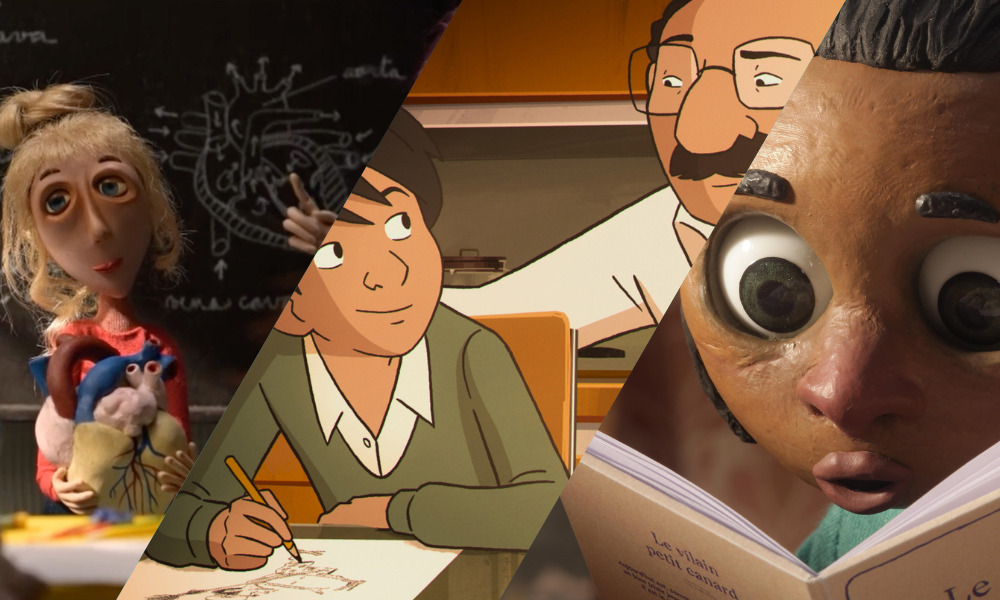 A more traditional stop-motion film, live big by Kristina Dufková is a story of coming of age and self-acceptance, following a 13-year-old boy named Ben who struggles with his weight and the bullying that comes with it. Seeing all of his classmates go through puberty and change before his eyes, he tries to fit in better by dieting, which isn’t really the solution. Based on the book Life, Wholesale by Mikaël Ollivier, it’s a thoughtful and funny film that tackles many subjects close to teenagers and parents alike.

Participants were also treated to a preview of Claude Barras’ next film (my zucchini lifei), based on the graphic novel by Fabien Toulmé, entitled You are not the one I expected, about a father coming to terms with his newborn daughter’s Down syndrome. This stop-motion film will strike a chord.

Another film based on a serious subject, but with an approach and a visual style that makes it really approachable, was My Father’s Secrets, about the relationship between renowned Israeli cartoonist and author Michel Kichka and his father, a Holocaust survivor who refuses to talk about his horrific experiences in the concentration camps. Seeing it from his children’s perspective and rendered beautifully in 2D with a crisp graphic novel line, it gives a fresh perspective on a harsh reality. 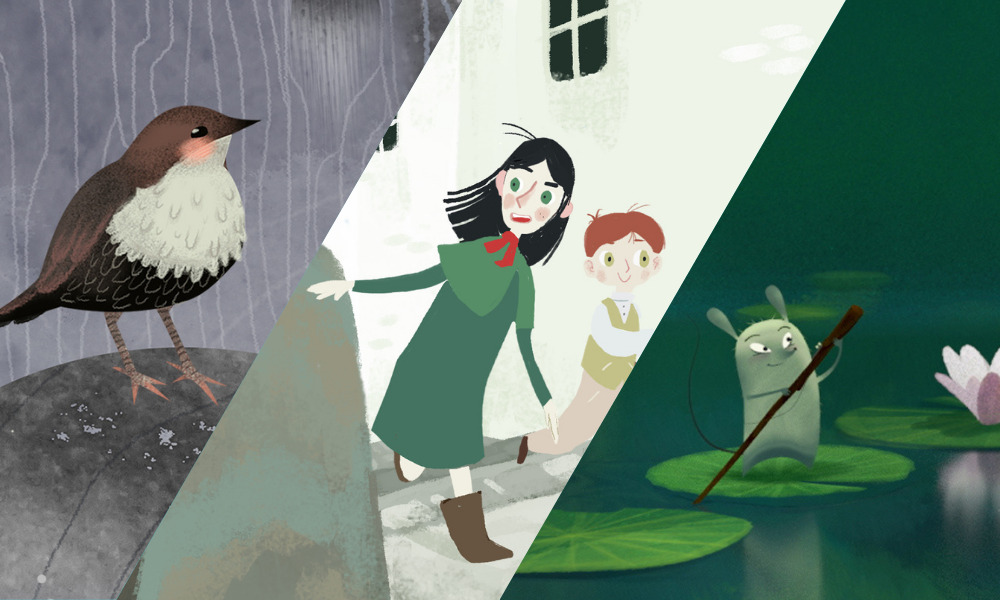 However, not everything presented at Cartoon Movie is heavy, and Rémi Durin and Arnaud Demuynck Yuku and the Himalayan Flower is simply a pleasure to watch. Animated using Blender in 3D but with a 2D sensibility, this both looks stunning and, with a plethora of catchy songs, sounds great too. Shamelessly kid-friendly, and about a mouse that searches for a flower that brings eternal light, it’s pure escapism – though you might not be able to escape the tunes once they’re in your head.

One of the many strengths of European animation is that it finds and tells stories that you wouldn’t normally be exposed to. by Marcel Barelli Mary Anne chronicles the childhood of the eponymous 19th-century paleontologist, a pioneer in collecting fossils and an expert in her field at a time when women were discouraged from such a career. And in magical friendswritten and directed by Natalia Malykhina Bratli, we are introduced to a number of lesser-known creatures from Norwegian folklore. 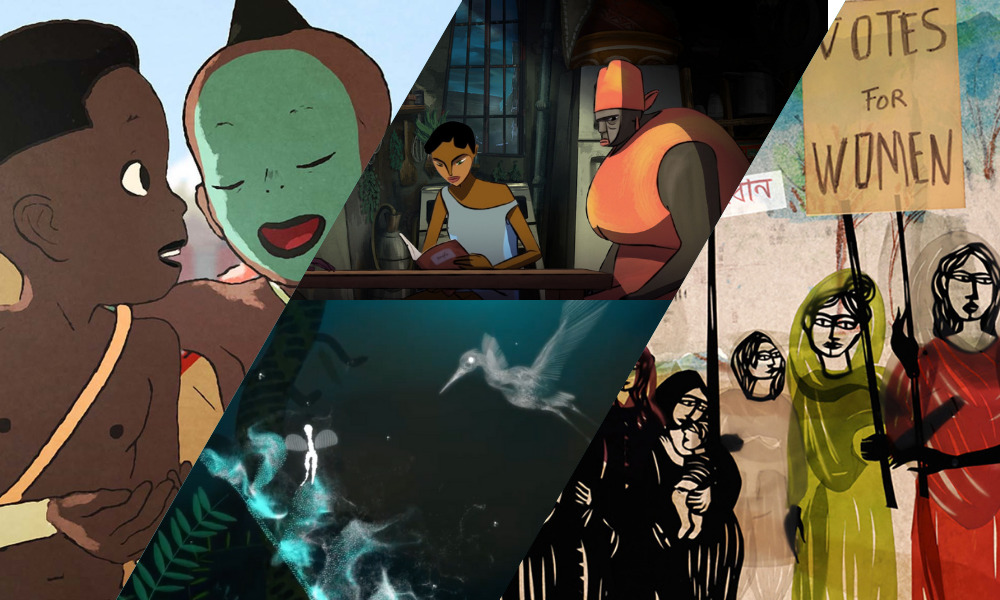 From a visual point of view too, Cartoon Movie highlights projects that have a look of their own, from the psychedelic of Anca Damian star seed in the gritty world of José Miguel Ribeiro Nayola. Sidi Kaba and the front door by Rony Hotin has a fresh and interesting style, which makes his story about slavery even more compelling. A particularly ambitious approach is that of Isabel Herguera in The Sultana’s Dreamwhich mixes three techniques for different stages of the story – watercolor, cutout and mehndi.

This year’s Cartoon Movie event featured 57 projects from 19 different countries. Overall, there was such a variety of stories and ways to tell them, but also so many voices and perspectives. However, we have the feeling that European animation still has much more to offer. And you hope that future world leaders will see some of these films and thus become more empathetic and compassionate towards their fellow human beings.

You can watch trailers for some projects in Animation magazineit’s previous posts and learn about the trends and best projects of Cartoon Movie 2022 here.

Pre-recorded presentations can be viewed on the Cartoon Movie digital platform until March 31. Cartoon Movie 2023 will take place from March 7 to 9.