Portkeys has a new monitor, Tilta and 8Sinn have new GH6 cages, and Laowa has new cine lenses are among the announcements in this week’s update.

The new PORTKEYS PT5 II 5″ 4K HDMI Touchscreen Monitor comes with a compact 5″ touchscreen for on-camera monitoring. It features HDMI input and output, 3D LUT input via USB Type-A port, and support for video signals up to DCI 4K24. Like all small size monitors, it uses 10 bits (8+2FRC). Due to its small size, the PT5 II weighs only 130g / 4.59oz, making it suitable for small size cameras.For power options, this monitor supports Sony NP-F970/F960/F750/F550 and Canon LP-E6 batteries. You can also use Sony NPF or Canon E6 batteries to output 7.4V to power other devices. There is a USB Type-A port that you can use to update firmware and load 3D LUTs. 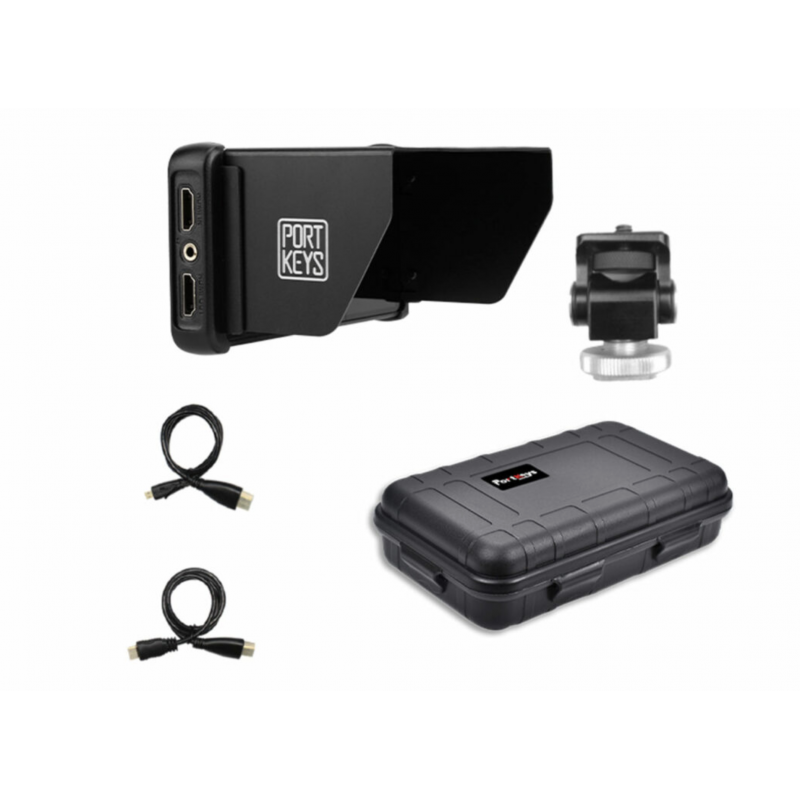 Laowa released four new M4/3 lenses. All lenses are molded with mod 0.8 gearing. The aperture ring and the focus ring of all lenses have the same position, which makes switching between lenses quick and easy:

Laowa 7.5mm T2.1 MFT Cine consists of 13 elements in 9 groups with two aspherical elements and three extra-low dispersion elements. The lens weighs around 170g and its physical dimensions are 56 x 46mm. The bright T2.1 maximum aperture is well suited for working in low light conditions with a viewing angle of 110°.

Laowa 10mm T2.1 Zero-D MFT Cine features a 96° viewing angle on the MFT sensor, providing a wide and unique perspective. The optical design consists of 11 elements in 7 groups and 2 pieces of ED glass and 2 pieces of aspherical glass. The lens has physical dimensions of Φ56 x 47mm / 2.20 x 1.85″ and weighs 150g.

The Tokina SZ 8mm f/2.8 is a fairly compact and lightweight fisheye lens with a length of just 6cm and a weight of 280g/9.8oz. This lens covers APS-C sensors and will give you a 180° field of view. It comes with a detachable lens hood so you can use the lens with a full frame mirrorless camera. With manual fisheye functions, you have a dedicated focus and aperture ring for fine tuning. 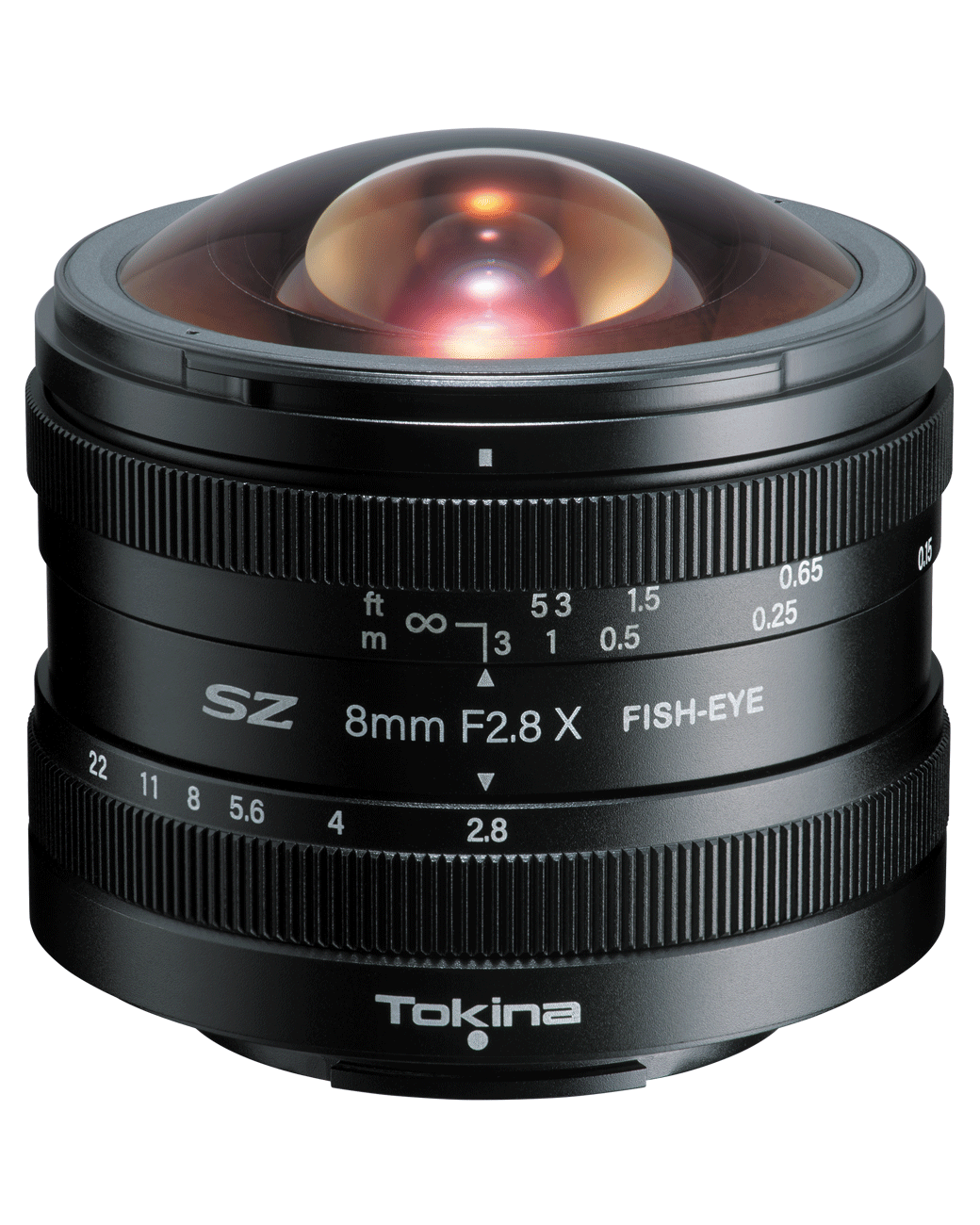 The lens design of the Tokina SZ 8mm f/2.8 consists of 11 elements in 9 groups. The aperture diaphragm has 7 aperture blades. Closest focusing distance is down to 10cm/0.32ft – ideal for artistic shots.

Presentation of the 8Sinn and Tilta cages for Panasonic LUMIX GH6

After each camera launch, third-party accessory makers quickly announce their dedicated cages for new cameras. 8Sinn is no different and has just introduced its new cage and rig options for the Panasonic LUMIX GH6. This lightweight aluminum cage features 1/4″-20 mounting points with an optional HDMI cable clamp that gives this new camera added security. 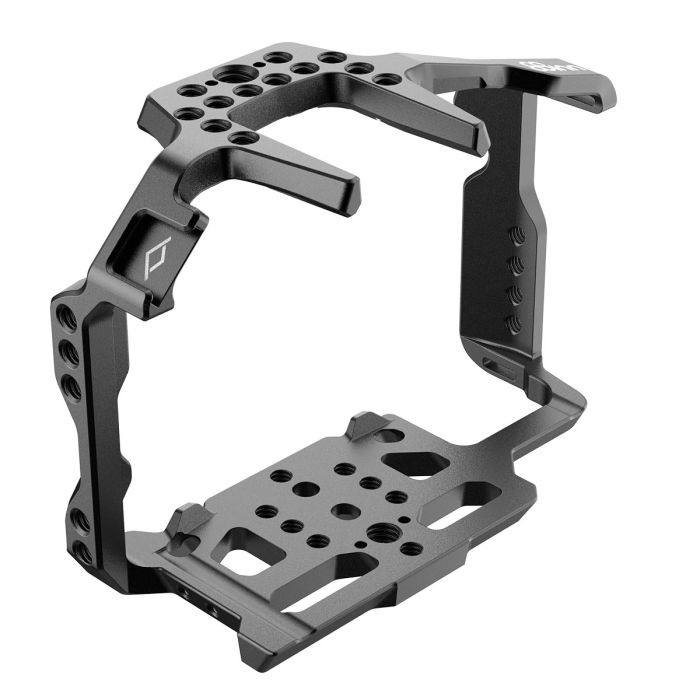 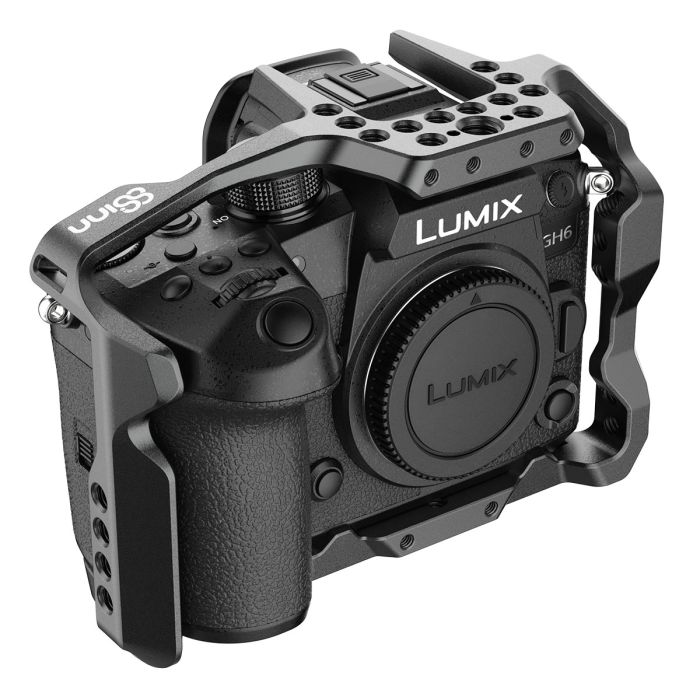 Tilta is well known for making quality and at the same time affordable custom camera cages and ecosystems. The company is back with a whole range of accessories for the LUMIX GH6 co-developed with Panasonic.

The cage attaches to your camera via two 1/4″-20 screws on the bottom of your GH6. Additionally, you can screw the camera’s right strap eyelet to the cage for added security. The bottom of the Tilta LUMIX GH6 cage features six 1/4″-20 mounting points. The kit comes with a magnetic screwdriver and a removable base plate. On the right side of the cage you will find three 1/4″-20 mounting points with locating pins. The left side of the cage features additional 1/4″-20 threads, a rosette mount, and a NATO rail.

Since RED began working closely with Canon, BLUESHAPE has announced its new power solution for Canon EOS and RED KOMODO cinema cameras. These batteries are RED approved and come with camera communication displaying residual capacity and runtime on the screen. When the battery capacity approaches a critical state, the battery alerts the camera to trigger an emergency shutdown to protect data.

The new batteries of BLUE SHAPE come in two sizes:

Weeylite presented its Ninja 20 This is a new 200W COB LED flicker free light. Ninja 20 is a daylight only 5600K fixture with 200W output. The light body comes with an all-metal construction with a dual-channel constant current LED driver and a steel tube heatsink for cooling. There is a built-in fan, but the light also has a button for silent mode.

With the included reflector, the Ninja 20 can produce up to 79,000 lux at 1m (according to Weeylite). Without the reflector the output is 7800 lux at 1m and it is dimmable from 0-100%. The Ninja 20 has a control interface on the back with an LCD screen, two adjustment knobs and four buttons. Additionally, the light has a DMX console control connector. The Weeylite Ninja 20 has built-in 2.4 GHz Wi-Fi wireless connectivity so it can be controlled by remote control as well as a mobile app. With the app, you can control 6 different built-in effects: thunder, burst, flash lamp, faulty bulb, welding and SOS. 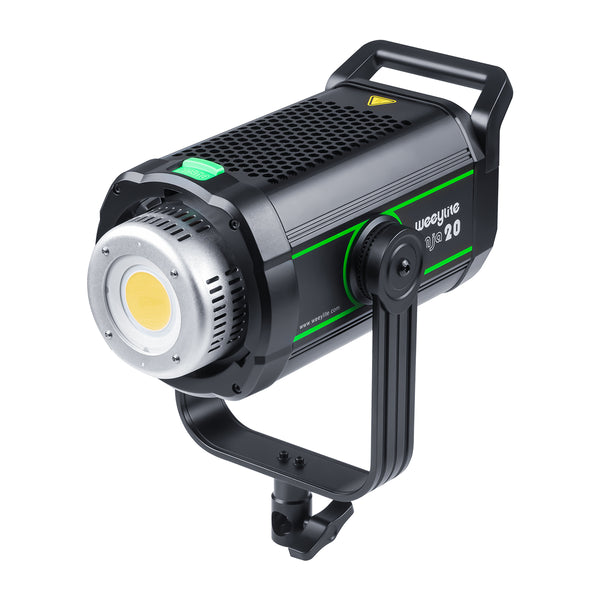 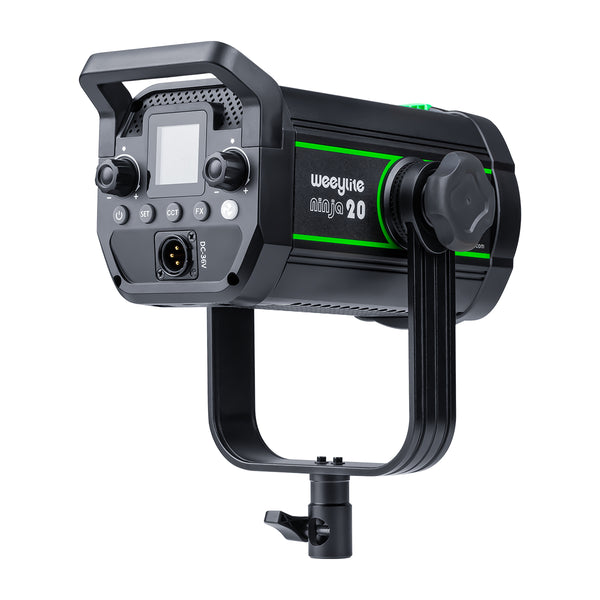