A court in Varanasi is set to deliver its verdict on the plea of ​​the Hindu side seeking permission to offer prayers at ‘Shivling’ inside the Gyanvapi Masjid complex. 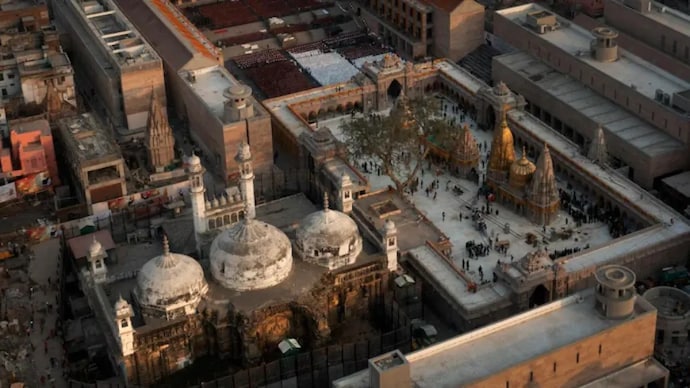 Earlier, a court in Varanasi allowed the maintainability of the Hindu petitioner’s plea to offer prayers to Hindu deities in the masjid complex. (Photo: AP)

By India Today Web Desk: In the much speculated Gyanvapi Masjid case, a court in Varanasi is set to deliver its verdict on the plea of ​​Hindu petitioners seeking permission to worship’Shivling‘ in the mosque complex. The Hindu side claimed to have found a ‘Shivling’ in the mosque complex, located next to the famous Kashi Vishwanath temple in Varanasi, after an investigation.

After the Supreme Court order in May 2022, the “Shivling” area inside the Varanasi Mosque was to be secured. And Muslims would not be prevented from offering prayers. A divisional bench consisting of Judges DY Chandrachud and PS Narsimhawhile had made the observations in a plea filed by the Gyanvapi Mosque leadership and against the investigation into the Gyanvapi-Shringar Gauri complex.

The order will follow two compelling findings from the Varanasi court judgment in the Gyanvapi Mosque case. On September 13, the court ruled that the plea of ​​the Hindu side seeking permission to offer prayers to Hindu deities on the outer wall of the Gyanvapi Mosque complex was upholdable. In October, the court rejected a “scientific investigation” into the alleged “Shivling”.

“…even that (carbon dating) does not imply the possibility of a solution,” the court said in previous hearings.

“If the Shivling is damaged (during carbon dating), the religious feelings of the general public may also be harmed,” the court in Varanasi said.

Said sacred structure would be present in the mosque wazookhana and the Hindu side had even demanded carbon dating of the “Shivling”. However, the Muslim petitioners, who are the mosque’s management, argued that the structure was nothing more than a fountain.

The Varanasi court will deliver its verdict on the plea requesting the worship of ‘Shivling’, as claimed by the Hindu petitioners.