The first time I discovered South Africa as an American tourist was on a road trip along the Garden Route – and it was a whirlwind of mini-adventures and significant accomplishments.

On the first day, I piled into a minibus with my padded hiking backpack with the 14 American colleagues. We had just moved to Cape Town from North Carolina for four months to do internships and study, so we spent a week exploring the country before starting work.

Ready to ride early in the morning, we started the trip by visiting the Long March to Freedom exhibit on the Struggle era as we left town. It was eye-opening to walk among the dark collection of bronze sculptures under the towering presence of Table Mountain.

The guided chronological history tour of the site set the tone that lingered for the rest of our sightseeing trip – we had much more to understand about the dark history of oppression and apartheid in South Africa .

Later in the morning we took the N1 and joined the scenic R62 at Worcester. Driving on the other side of the road felt strange, but I was soon distracted by the view. As we drove through Ashton and Montagu, our eyes were glued to the windows, marveling at the awe-inspiring mountains and vast vineyards. The bus was silent as we absorbed the scenery.

We stopped for lunch in rural Barrydale at a vintage restaurant and motel called Diesel & Creme, where I ordered their famous milkshake (proclaimed to be “the best milkshake in South Africa” ​​on TripAdvisor). He lived up to the praise.

We stopped at various viewpoints along the highway and eventually joined the N2 (Garden Route) in Heidelberg. A few more hours on the bus and we arrived at our first stop, Knysna, as night fell.

The silence of this quaint coastal town with breathtaking views of the Indian Ocean cliffs was peaceful and comforting. But our afternoon got chaotic as we packed multiple sites in our one day there. I recommend staying longer.

Our first sight was the Knysna Elephant Park, where we fed elephants, touched them and walked alongside them. It was both joyful and heartbreaking to learn from Jowell Mambobo – a ranger from Zimbabwe who has worked with elephants for 22 years – the harsh realities that elephants face.

(Tip: Knysna Elephant Park is one of the only places in the world where you can get up close to African elephants, unlike places like Addo Elephant Park and Kruger National Park.)

About 45 minutes from Knysna in Plettenberg Bay, we visited Birds of Eden, the largest free-flying bird aviary and sanctuary in the world. We marveled at the birds including parrots, scarlet ibises and flamingos.

Our third show was the most exciting moment of our trip: Bloukrans Bridge Bungee, one of the highest bungee jumping sites in the world with a drop of 216m on the highest bridge in Africa. Although I didn’t take the plunge, I opted for the “skywalk”, which allowed me to walk the net below deck and see some of my colleagues jumping. That in itself was quite exciting.

Further up my driveway, we ended the day on another fun note with a zipline at Tsitsikamma Canopy Tours at sunset.

Storms River is another idyllic town with a mountain backdrop, where we spent a night at the local village hostel.

We woke up early to do a short hike in the forest outside of town using the AllTrails app. Then we visited what was by far the most scenic spot I have ever seen – the Storms River Mouth Suspension Bridge.

Arriving at Addo Elephant National Park, we went on an afternoon game drive. We found elephants crossing the road and rode alongside them, but unlike Knysna we couldn’t leave the vehicle without spooking them. We also spotted zebras, kudus and buffaloes.

When we arrived in Makhanda (formerly known as Grahamstown), we went from excitement to intense contemplation.

The main site is the 1820 Settlers National Monument which sits atop the hill. The persistent celebration of colonialism and English colonization caught us off guard. Walking around the museum was strange: it was empty, the artwork is mostly white colonial figures, and it overlooks a city in which the majority of the population is black. It just didn’t sit well with us and opened our eyes to the complexities of this country.

We found the blunt way in which many South Africans approach the issue of race to be shocking. We’ve noticed this contrasts with the more nuanced, “PC” way, in which Americans often tiptoe around the question.

The next day was a long, nine-hour drive to a remote town called Bulungula on the rugged Eastern Cape coast.

(Tip: Use a 4×4 on the bumpy, rocky dirt roads in this area. Using a minibus was hectic and added hours to the ride.)

We reached our pavilion by the ocean late at night, and the stars were the brightest I had ever seen. We slept in roundabouts and had no telephone reception. The three-day hiatus from tech was a breath of fresh air.

We swam in the Indian Ocean. The locals spent time with us by the campfire every evening, teaching us how to play drums and how to say greetings in isiXhosa. We spent time with the children in the schools and helped them with their math homework.

Sign of my privilege, it was surprising to see the impoverished communities of the region. Being in a place with severe water shortages, regular power cuts and infrastructure so limited that children have to walk 20 km to get to school was a first for me. I thought deeply about how I could respectfully contribute in a positive rather than detrimental way. We all agreed that we would treasure our time at Bulungula.

On our last day we went to King Phalo airport and flew to Cape Town.

This road trip showed me firsthand the many ways that South Africa is both an incredibly beautiful and incredibly complex place. And now that I live in Cape Town, I know I have so much more to see and learn. DM168

Anna Southwell is in South Africa for an internship with Daily Maverick as part of a group from the University of North Carolina at Chapel Hill.

Knysna Elephant Park, Just off the N2 between Knysna and Plettenberg Bay, Telephone: 044 532 7732

This story first appeared in our weekly newspaper Daily Maverick 168, which is available nationwide for R25. 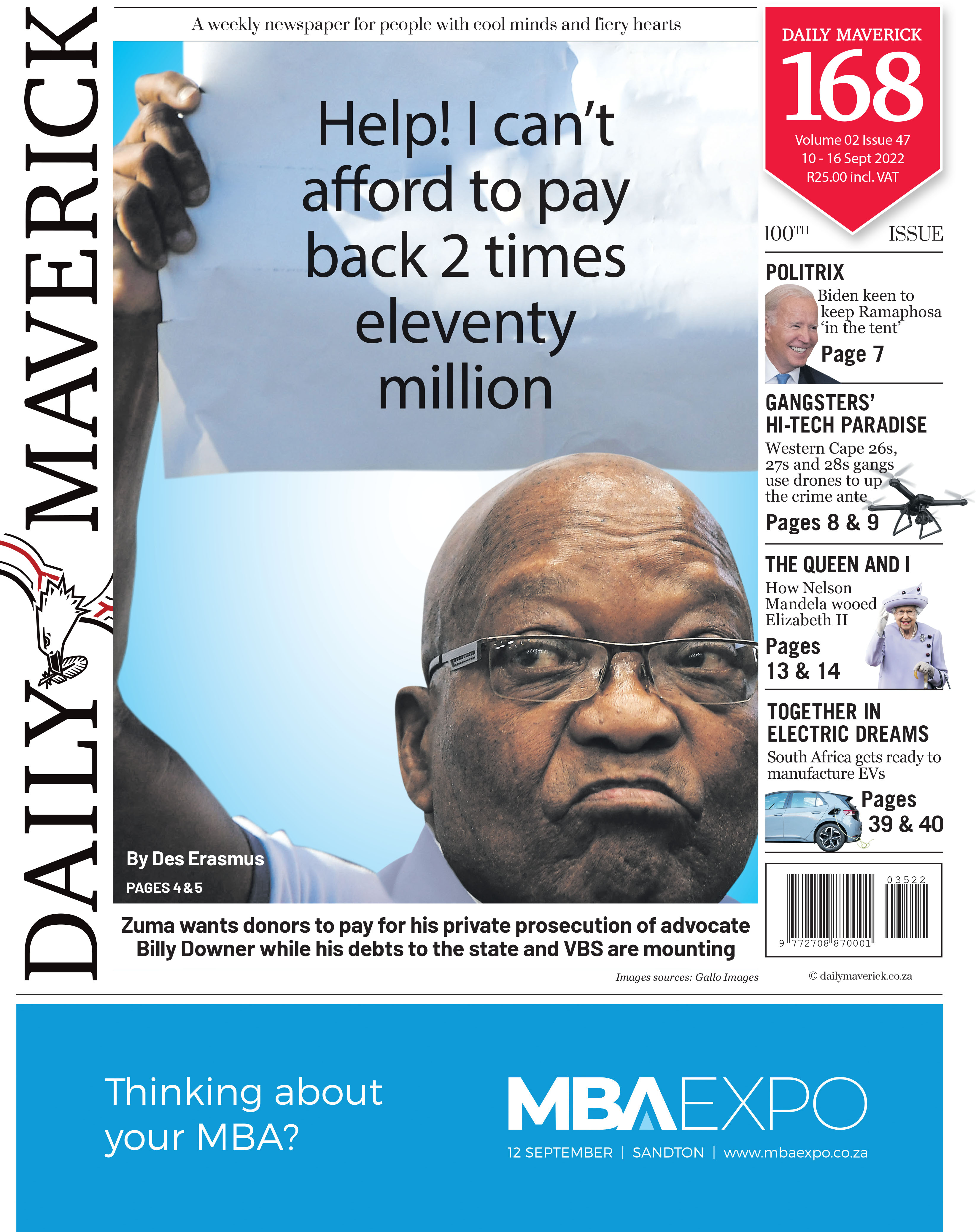