Improving the performance of smartphone cameras often feels like approaching the end of an exponential curve: it’s possible, but the improvements are less and less noticeable. Glass Imaging wants to change that through the innovative use of anamorphic lenses.

Smartphone camera development seems to be reaching its peak, as ways to improve imaging usually require enlarging a sensor, which requires larger and more complex optics. To get around the current limitations and avoid tackling these two major factors, many companies are using computational photography algorithms to “trick” physics, but even that has resulted in diminishing returns, claims Glass Imaging.

In an interview with Tech CrunchGlass Imaging CEO and co-founder Ziv Attar explains that until about five years ago, smartphone makers started making larger sensors and wider lenses, but even with algorithms that reduced the noise, the resulting images using this method end up looking “strange and fake”. ”

Glass Imaging came up with a new approach to solving this problem. Since the sensors, which are rectangular but almost square, need to expand but there isn’t enough room to accommodate the larger optics that should come with them, Glass instead wants to change the aspect ratio of the smartphone sensor. .

The proposed solution would see the sensor stretched considerably, from what’s found in a 7x5mm iPhone to an ultra-wide 24x8mm. The sensor is five to six times larger, which would translate to better resolution, better light-gathering ability, dynamic range, and true optical bokeh.

To take advantage of the now unusual shape of the proposed sensor, Glass wants to take advantage of the concepts behind anamorphic lenses. Anamorphic refers to a widescreen cinematic shooting technique on standard 35mm film or sensors. The lenses squeeze the wider field of view to fit this sensor, then the footage is decompressed in post to create a wider aspect ratio.

Glass offers a similar methodology for use in smartphones, but in reverse. By making a sensor longer – i.e. more rectangular – a longer rectangular lens would be required to record images. The plan here is to do that, but reverse the typical anamorphic process of decompressing a compressed image and instead squeezing a stretched image into a traditional format.

When the photo was scaled to the correct aspect ratio, it would be 24 x 16mm, just short of an APS-C sized sensor, allowing the company to claim 11 times the imaging area. from an iPhone.

There are disadvantages. The first is that there would be no way to zoom optically this way, but Glass Imaging says the digital zoom on this much larger sensor would still outperform the optical zoom found on most smartphone systems. on the market today. Another problem is the autofocus, which is very different with this system than on traditional systems. Finally, the optical system used here introduces a large amount of distortion and aberration. However, Glass Imaging seems to believe it can remove all of those with software.

“[Distortions] are all constrained during design, so we know ahead of time that we can fix them,” says Attar Tech Crush. “This is an iterative process, but we have initiated the development of a custom dedicated software tool to co-optimize lens parameters and neural network variables.”

LDV Capital, one of Glass Imaging’s investors who recently led a seed funding round of $2.2 million, says the process can revolutionize the power of tiny camera modules. The plan is to use a combination of this innovative hardware approach with computational photography and artificial intelligence to dramatically improve photos taken on smartphones.

“By redesigning the optical system from the ground up to be tailor-made for smartphones, we were able to install huge CMOS sensors that collect about nine times more light than traditional designs,” Attar says in a blog post. on the LDV Capital website. “Our state-of-the-art AI algorithms transparently correct all distortions and aberrations and as a result, smartphone image quality is radically increased, up to 10x.”

In a proof of concept, Glass Imaging compares its approach to photos produced with an iPhone 13 Pro Max. The results show a clear improvement in quality for every visible metric. 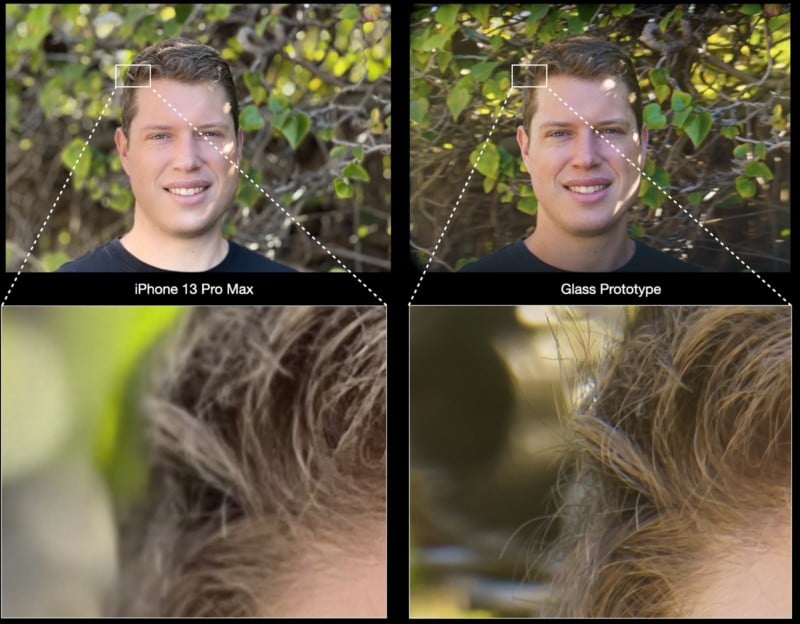 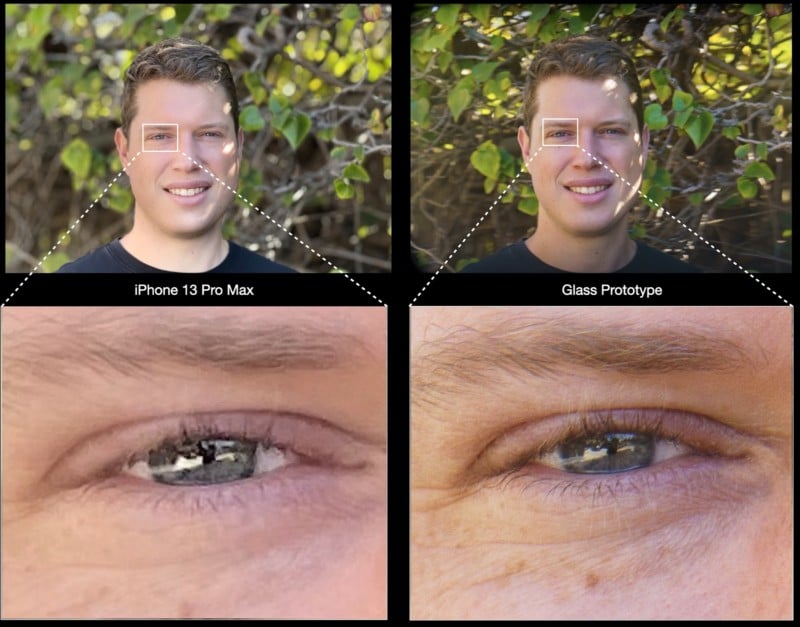 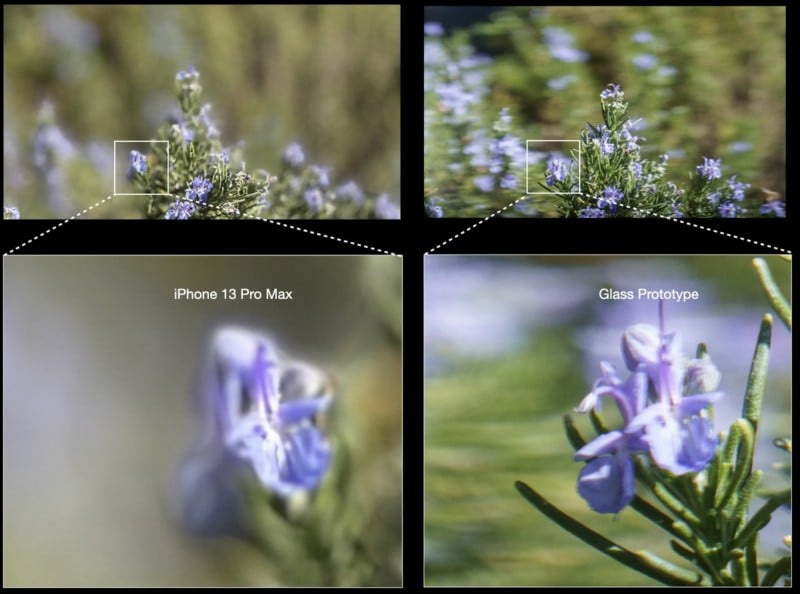 Ziv and his Glass co-founder Tom Bishop met at Apple and have years of experience developing several computer vision and computational photography patents.

Several companies have promised to improve the image quality of smartphones using various techniques, but few have provided solid evidence that these promises are delivered. The sample images provided by Glass Imaging indicate that the company’s idea can work, and time will tell if a smartphone maker will partner with the company to bring an example to market.