Canon has filed a patent for a new “image capture device and adjustment mechanism” that appears to be a high-power clip-on telephoto camera accessory for smartphones. It has a modular lens design that can allow multiple compact lenses to be interchanged, and the lenses appear to be held together magnetically, meaning it may even be possible to mix, match and add different combinations of lenses for various effects, including super wide-angle and macro lenses.

The patent design was originally discovered by Canon News in October 2020, but the official publication of the patent application (JP,2019-235097) filed in Japan was published the 15th of July. 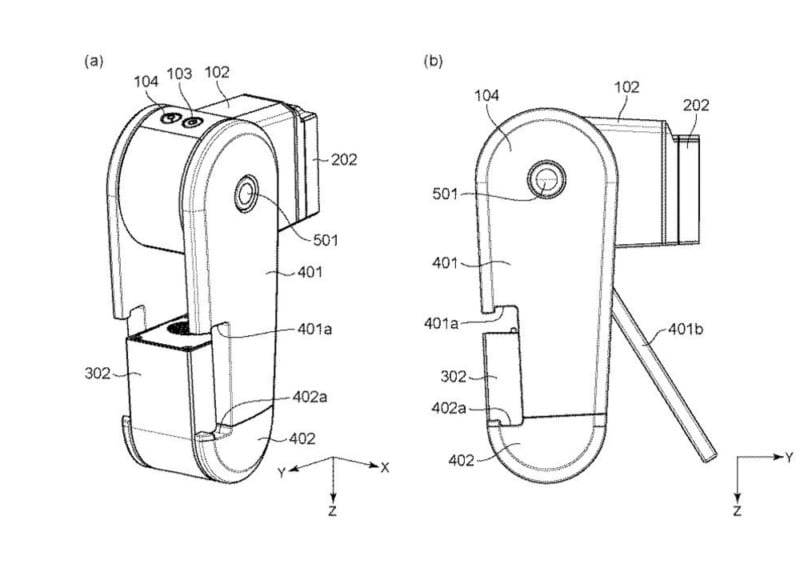 The patent overview describes an imaging device with a base capable of holding a smartphone and a lens barrel that can be rotated up to 270 degrees, with a gap in the base portion to accommodate (hide) the barrel lens when folded for travel. The camera unit is described as being able to be controlled remotely (possibly via Bluetooth, WiFi or a USB cable connection).

According to this proposed design, the goal of this device is to provide a system that can stand alone or enhance the camera capabilities of an existing smartphone while making it easy to carry when not in use. The document states that the camera would take advantage of a CMOS sensor and a processor capable of adjusting color space conversion, gamma conversion, white balance, auto exposure and flash compensation. , and shoot an image or video in 4:2:2 aspect ratio. The camera would also be able to automatically reorient the image based on camera position and lenses to ensure images will always be straight. 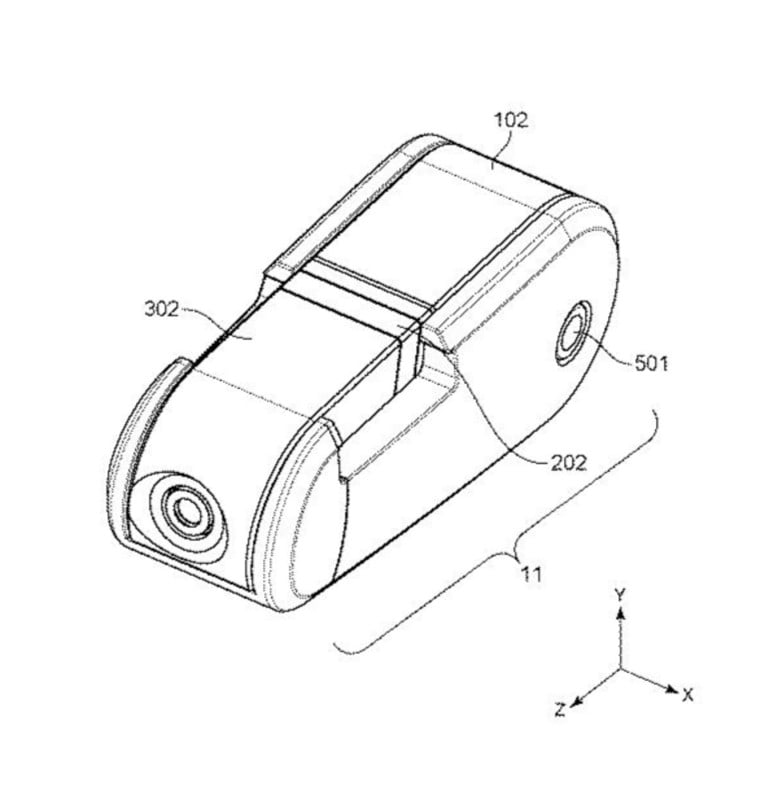 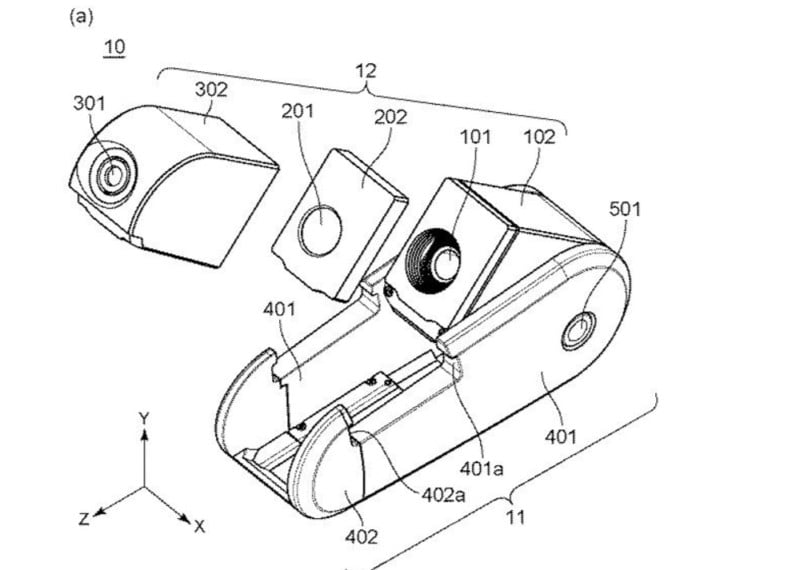 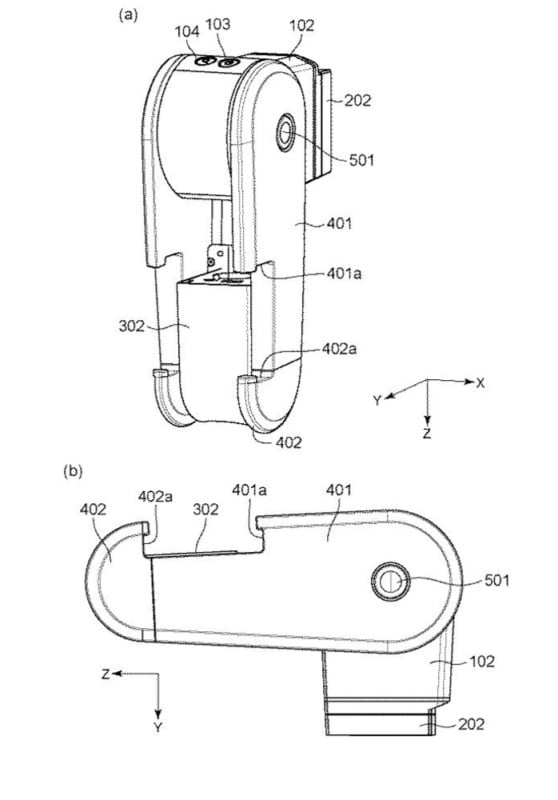 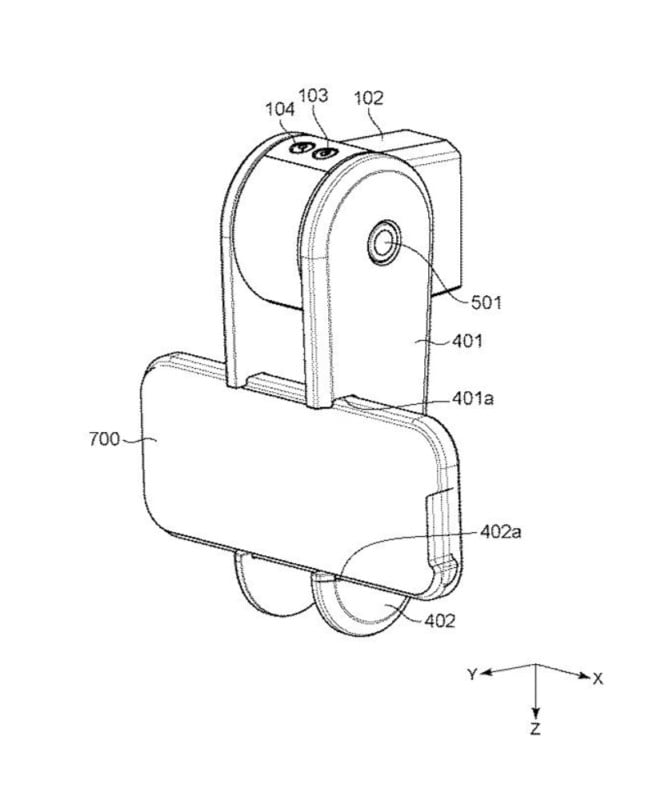 The system would also have its own built-in storage for JPEG images and video files. As for the amount of storage and focal lengths that will be available, the patent does not specify. While external devices like this that can sync with your smartphone aren’t new, those with multiple focal lengths (lenses) that are compact and easy to carry around are rare.

It seems that despite the odd design, Canon is trying to create a new system that can significantly expand the functionality of smartphone cameras, making it easier to leave bulkier DSLR or mirrorless camera kits during shootings. trips and scouting. If such a device sounds exciting, temper expectations: even if a patent is filed, it can still take years for it to arrive in finite capacity if it ever arrives at all.

If Canon were to develop this camera, it would likely fall into Canon’s line of experimental fringe cameras and join the likes of the PowerShot Zoom and PowerShot Pick.

Full patent documentation can be read at J-PlatPat.